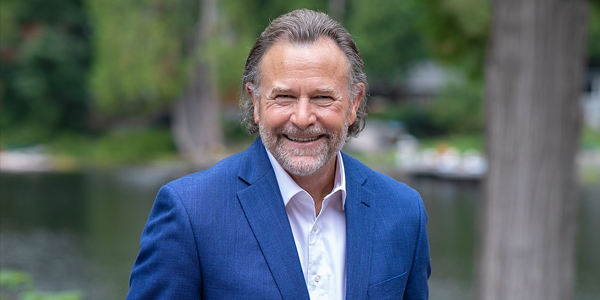 As a journalism student in the early 1970s, Ron Worman dreamed of becoming the next Ernest Hemingway. A semester studying in Athens and an ensuing adventure ignited a love of travel and transformed his worldview.

"I went overland from Greece, through Turkey, Iran, Afghanistan, and Pakistan, to India. This was before the Shah was deposed in Iran, before the Russians invaded Afghanistan, and before India detonated its first nuclear device. We traveled in local transport, ate at local tea houses," he said.

Though his journey was punctuated by illness and a serious bus accident, Ron was undeterred. "I couldn't stop traveling," he said.

The California native eventually made his way home, where his study-abroad professor offered him a scholarship and a chance to join an excursion from Seattle to Alaska to study the American Indians of the Northwest.

After graduation, Ron returned to Europe, and later to Afghanistan, where he sold his western clothing, dressed as a Pashtun, rode horses in the Hindu Kush, and talked to locals about their lives.

"This feeling that I was to write the stories of people was very strong. And I became very good at asking the questions that would allow their stories to be heard," he said.

He realized becoming a "starving author" might not support a family, but his travels taught him the value of being deeply interested in others and asking good questions.

He moved to Seattle, where he met his wife, Sally, began a business career, and eventually founded The Sage Group, a business consulting company.

"I took the same interviewing skills into the technology consulting and business optimization discipline. I trademarked 'Path to Value,' my methodology for creating valuable companies," Ron said. "We work closely with leaders and their teams to ensure they are strategically positioned and operationally capable to meet the window of opportunity."

He also leads forums and (since the pandemic) podcasts for business leaders called The Great Conversation (the greatconversation.com/podcast).

"We integrate thought leadership across multiple disciplines and functional roles, much like CEOs must do with their executive management teams and boards. It's a place where theory and practice converge," Ron said.

Ron calls his marriage of 36 years an "interesting study in me versus we."

"It is a lifelong course with a fascinating bell curve in competency, skill sets, and the heart. I have failed many classes, but thankfully, Sally has been a good tutor!" Ron said. The pair take great pride in their three daughters and grandson.

Ron served on the SPU Board of Trustees from 1998 to 2005 as an appointed member of the Free Methodist Church. He later taught "Leading Innovation and Change" in SPU's MBA program and mentored its students.

"SPU was looking for an entrepreneurial mindset when they sought me for the board," he said. "It was a pivotal time for [then-President] Phil Eaton, rallying around the idea of changing the world and growing the endowment exponentially. I loved it." Unsurprisingly, Ron championed more institutional storytelling.

"The basic premise — sitting with the culture, deeply understanding others' worldviews with empathy, and then offering to help, without condition — resonated with me. Still does," he said.

When it comes to giving, Ron listens to his heart: "Be present and mindful and God will lead you to the work that needs to be done."

Impressed by the SPU faculty and students' "deep and abiding search for meaning and truth and willingness to get their hands dirty," Ron and Sally established a Flexible Deferred Gift Annuity for SPU in 2004.

"I invest in ideas, people, and outcomes," Ron said. "With this contribution, I realized I could invest in a great institution like SPU and receive a future source of annual income in later years that could be a source of giving to my family, to SPU, or to other needs in the community."

The Wormans chose to defer their gift annuity payments for 17 years. The payout rate increases for each year deferred. At the time of setting up the annuity, this strategy allowed Ron and Sally to derive the greatest benefits from their gift by providing support to SPU and receiving an income tax deduction. Now they enjoy the certainty of income.

While Ron has no plans to retire, he and Sally make monthly getaways a priority, most recently to the San Juan Islands, Oregon Coast, and Hawaii. "My travels have never ceased," Ron said. "We love meeting new people in various stages of their path to value."